Expectations are high for ZBX, a Malta-based Cryptocurrency exchange that claims to be solving the well-known problems in the Crypto industry. ZBX will be the first exchange to cover all of the 5 main pain points.

ZBX will be one of the first fully regulated Crypto Exchange platforms with a Maltese license. It will also be audited by one of the big 4 audit firms. "This is a much-needed breath of fresh air for the industry and a big step in bringing the Crypto industry on a  par with the financial industry" says Dave Pulis, the CEO of ZBX, who hails from a traditional finance background with over 17 years experience in trading and institutional brokerage and 6 years of experience in the Crypto world.

ZBX is technically a new company but not really a new kid on the block. The same people behind the exchange have built ZB.COM (a top 5 exchange) with an excellent track record and no reported hacks since its inception in 2013. Technology is at the heart of the firm with intellectual property also possessed in the custody of assets. The exchange claims to offer an excellent product for both retail and institutions. Pulis explains that it will feature a friendly user interface and institutional grade, low latency, co-located infrastructure with API access to deep liquidity. There will also be zero fees.

Pulis claims that ZBX "will be one of the most liquid exchanges on the planet with liquidity shared among the ZB exchange family (ZB, ZBX, and ZBG)". This is obviously an important advantage and will greatly help the exchange to propel itself to the highest ranks in a short space of time. Liquidity attracts more liquidity, which is why ZBX has invested time and money in building the necessary infrastructure for what it states will be "the world's biggest liquidity pool".

The exchange should accept deposits and withdrawals in EUR and USD in 2019 and also offer tradeable fiat pairs. Coupled with this, would be stablecoins in both currencies (USD and EUR). Later in the year, other currencies will be supported which should open up the exchange to cover all corners of the globe.

The buzz around STOs has taken over many conversations in the Crypto world, however, regulation on securities is much tighter than that of ICOs. During 2019 the exchange should have completed its process to obtain the necessary license to list securities. 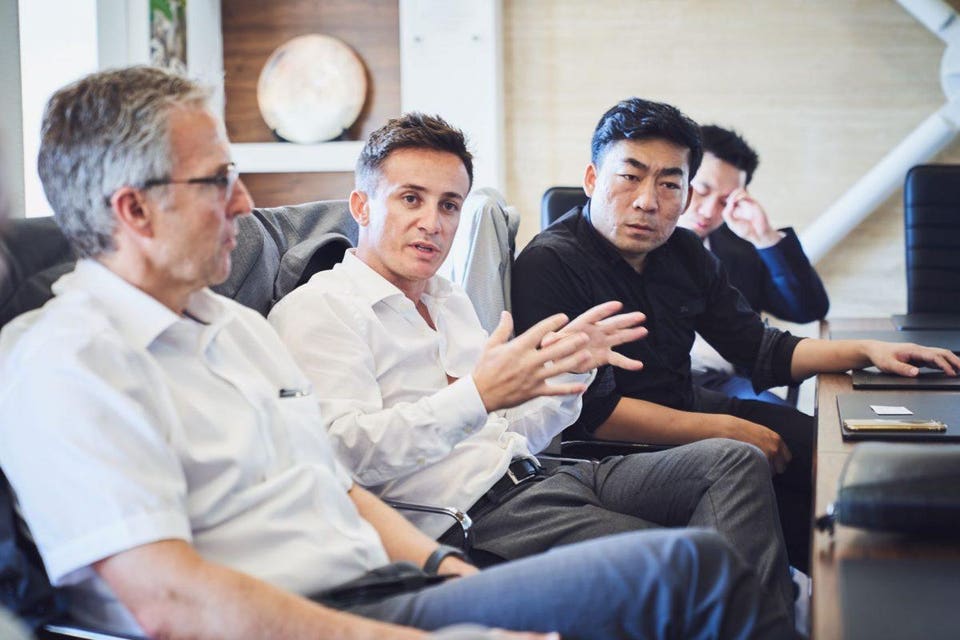 With regards to the iGaming Token Marketplace, ZBX has extensive experience also within the iGaming industry. This has lead the exchange to open its doors to the iGaming world by supporting and listing the top 5 gaming tokens on its platform. ZBX will support such tokens through a pairing of the tokens with its own token called the ZBX coin. This will enable anyone holding for example - a casino token A - to exchange their token into Casino token B, creating a marketplace to exchange Gaming Tokens. ZBX is also supporting the industry and it has just invested 200K EUR in a Gaming company called Clovr which is also aimed at the iGaming and eSports industries.

Over the counter, (OTC) transactions in the Crypto world are a contentious issue. A large number of scammers, lack of transparency and regulation in the space have led to a fragmentation of the business that relies on trust. ZBX claims that it will be the first fully regulated exchange to solve the recurring obstacles that are faced by buyers and sellers of OTC crypto.

Additionally, the exchange will be opening its doors to numerous OTC trading desks who will be able to open an account with the regulated exchange. This will solve the issue of trust as the sellers and buyers will be dealing with a fully regulated entity with transparent procedures. The liquidity on the OTC side is expected to be very deep with a large number of institutions and funds waiting to use the service.

All very rosy then but as we always say, the proof of the pudding is in the eating. ZBX will certainly be an exchange to watch in 2019.

I am an established journalist with over 15 years of experience in politics, economy and sports journalism. I have now specialized in crypto and blockchain and have taken on several high profile jobs in this space.

Article by Gerald Fenech from Forbes

Santa working past the holidays as ZBX launch a 40,000 EUR airdrop for the first 8000 users to receive the ZBX token

ZBX CEO Puts His Money on Malta, Says “Come and Operate in Our Jurisdiction”